According to the NT Commissioner for Public Employment special measures are

A special measure is a program, plan or arrangement designed to promote equality of opportunity. Special measures are a form of lawful ‘positive’ discrimination in favour of groups, such as Aboriginal and Torres Strait Islander persons or persons with a disability, who have not yet achieved equality in employment.

Nothing wrong with this. However it has been brought to the attention of the Trust that there are two issues with special measures.

Who actually investigates whether someone is ATSI or not? Just a matter of the person signing a declaration. Fake ATSI and people are shit scared to say a thing. This issue is really a hot potato for Craig Allen who is the Commissioner for Public Employment in the NT. Allen pictured below came to the NT from Queensland when Gary Barnes headed the Chief Ministers Department. See image below. 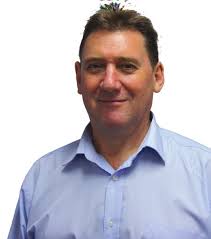 Craig has been quite conservative in his approach. There have been no reforms to the operation of the Commission apart from moving to a new office. The Commission is well over-due for an overhaul.

One thought on “Boundless Special Measures”