Eva Lawler stills thinks she is a school principal, the sort of principal who undermines teachers. We doubt the “pissy” $3500 dollars on offer as an allowance to teach in Katherine will address any teacher retention issues there.

Perhaps a greater allowance and reduced teaching loads may go some of the way, we doubt the NT Government make a better offer. The Commonwealth could give tax breaks to teachers, but we doubt they will. 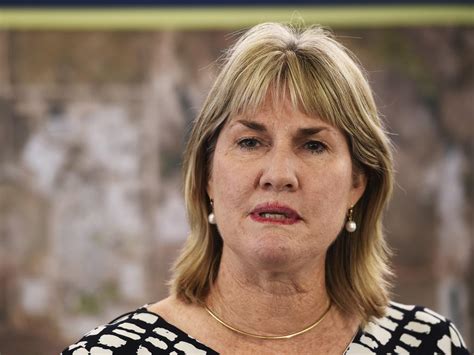 TEACHERS GO TO THE NAUGHTY CORNER

Associates of The Trust recommend Law and Ethics for Australian Teachers. The $80 investment could be insurance for your career. LINK

Three separate Ministers of Education and three different Education Department CEOs failed to stop corruption. The Trust asks what is going on inside the NT Government? It seems very little other than “navel-gazing”.

SIX BIG SALARIES FOR A FAIL ON CORRUPTION

Comments made by Adam Lampe to the ABC show that hard working honest public servants are being shafted by the Northern Territory Government in favour of those who are corrupt.

We quote from the ABC:

“If you’re a teacher and you’ve got an issue with a principal … generally speaking it’s the teacher that has to move, not the principal.”

He said both of the staff involved in the complaint had since left the school.

One was transferred to a different school in the Territory, and the other left the jurisdiction all together.

He said they were still reeling from the impacts of the ordeal and grappling with the fact that their concerns were dismissed at the time. LINK

ONE OF OUR MINISTRIES IS MISSING

Have Thieves Stolen A Ministry?

The Trust examined the chiefminister.nt.gov.au/ministry webpage on the 20th of June. We noted that the information contained on this very important government site was out of date and missing a whole ministry. No need for education for locals! LINK

Just to ensure that our claim can be verified we had the page put on web.archive.org and created a pdf (see the link below) of the page.

IF YOU CANNOT UPDATE A WEBSITE HOW CAN YOU RUN THE TERRITORY?

A CASE OF TOO MANY EXECUTIVES AND NO ACTUAL WORKERS?

Bring something incomprehensible into the world!

It seems that many have taken Deleuze at his word!

Northern Territory taxpayers are shelling out millions of dollars each year on meaningless drivel delivered by self proclaimed experts who quite often are past employers of the Northern Territory public service.

Here are just a few examples found by The Trust. We might call the jargon used, “Deleuzens” after Gilles Deleuze! These quotes are taken from businesses that have won tenders in the Northern Territory or from associated entities.

The teacher’s program provides powerful and motivating strengths-based feedback from colleagues, supervisors and students, giving insights as to what’s making the biggest impact on learning.Teachers are guided to build on their strengths and provided with suggestions to help them reflect on, and refine their practices to improve their impact for students.This school-facilitated program has been designed to seamlessly integrate with, and support, your existing school performance, coaching and development processes. AT MY BEST

Dave’s job is to work closely with education leaders to craft an ideal training and support package that changes schools. Specifically, he will work with you to distil your school or network goals (he is a former Regional Education Director and District Superintendent), balance key education trends with evidence-based approaches (Dave has spoken on the world’s largest education stages alongside Ken Robinson, Sugata Mitra and John Hattie), and then ensure that all EC training and support is relevant and achievable within a school setting (he has held four Principalships). Dave works with senior education leaders across Australia, the United States and Europe to develop breakthrough education initiatives, is the co-author of our two books Edupreneur and Dream Team and is a co-founder of Education Changemakers. Educationchangemakers

We need to focus on social and emotional learning to provide the right balance to our cognitive skillset. These are the skills for the new economy and the only way to have students and employees who thrive. Louka Parry

All of this is totally incomprehensible and designed to be so. The use of such jargon in the nothingburger that the taxpayer is stumping up the cash for sounds great but has no substance. Take Dave Faulkner for example and his time in the Barkly; did he improve literacy rates and school attendance? Now the Northern Territory is paying him again for another nothingburger!

Even worse are those who create the opportunities for the snake oil nothingburger salespeople. Yes the Northern Territory Government, wasting more of your tax dollar.

The Northern Territory Government, Wasting More Of Your Tax Dollar

The bullying that was occurring within schools during past years  is now reflected in our current government and public service. Despite countless millions of dollars being spent either on anti-bullying programs or paying victims of workplace bullying in secret settlements nothing changes.

Switch to our schools right now. The same bullying continues ready to produce another crop of NT politicians and public servants. Created to perfection after graduating from CDU. Bullying with a cherry on top.

YOU CANNOT PASS THE BUCK ON BULLYING!

Like government our schools use value statements and virtue signalling in a purely symbolic way that lacks substance. It is just window dressing. Take a few pictures of some Aboriginal and ethnic minority kids and everything will be alright. Our politicians play the same game with their newsletters.

An article dated July 10 2020 by Hugh Breakey in The Conversation questions the effect cancel culture is having on open debate. LINK

We believe that the Northern Territory Government has been long plagued by what is now termed the cancel culture. There is no open debate about the operations of government and some subjects simply are taboo.

It is time to question how our government operates.

It is time to question how our government operates.

Black Lives Matter and the cancel culture allow government to sidestep debate by labeling those who want open debate as racists, misogynists and fascists. Will you be silenced?

Will you be silenced?

The return of Alf Leonardi is hardly surprising nor is the way the position was not advertised, business as usual from NTG.

NT Education – How Bad Can It Get?

Trying to Please Everyone

Having Campuses Everywhere – Darwin and Palmerston are the same place! Have one campus.

Scrap Batchelor Institute there is CDU